Rangina Hamidi is a world-class problem solver. This becomes abundantly clear as you read her personal story in Embroidering Within Boundaries: Afghan Women Creating a Future, co-authored with Mary Littrell.

When the problem was women in Kandahar, often widowed with no means of support and always sequestered, she founded Kandahar Treasure. This allowed women to work at home doing culturally-approved work and thus gain a degree of autonomy. Kandahar Treasure has supported hundreds of women and their dependents while sharing the splendor of their traditional needlework with the world.

When the problem was that Kandahar lacked safe and appropriate schooling for her young daughter, Rangina’s solution was to move to Kabul and help found and act as principal of Mezan International School, a co-educational and multi-lingual school for kids from early grades through adolescence. It’s founded on the principle that children in Afghanistan need quality education that is balanced with a solid foundation in traditional Islamic education and Afghan literature and history.

Rangina’s work with Kandahar Treasure and Mezan International School, her unusual ability to observe restrictive cultural boundaries while promoting progressive ideals, has recently led to her appointment by President Ashraf Ghani to be Minister of Education for the entire country. 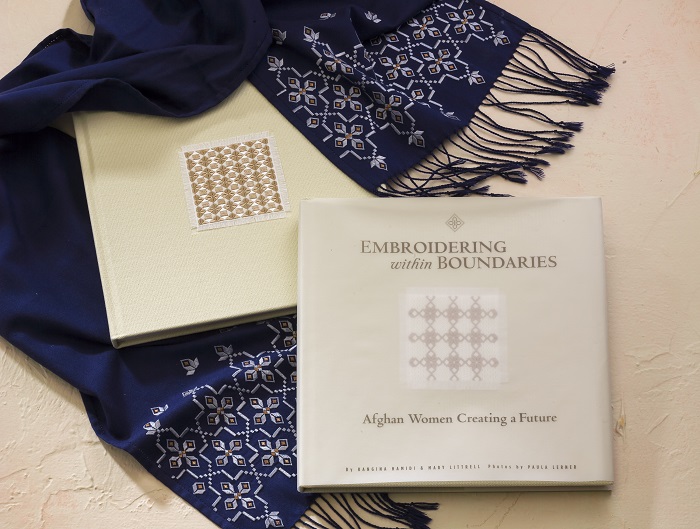 We’re celebrating this wise and fearless woman’s new role with a special offer on her book, good through the end of June, with half the proceeds going to Kandahar Treasure. There are two options:

A Mother and Daughter Find Freedom

Muzlifa’s mother, Gulsika, didn’t want to teach her daughter to embroider khamak. So Muzlifa observed carefully and then snuck behind her mother’s back to practice the stitches. As Eid approached, Muzlifa surprised her mother with a little yoke, a gift she embroidered for her younger brother to wear during the celebrations. Gulsika acknowledged her daughter’s talent. “From then on, I said, do as you wish. And she has been embroidering khamak ever since.” Today, at age fifteen, Muzlifa works mornings at Kandahar Treasure, applying her considerable talents to prototyping new khamak designs. In the afternoons, she attends school as a fourth grader studying nine subjects.

In joining Kandahar Treasure, mother and daughter faced challenging cultural transitions.  Widowed and with three children, Gulsika lived with her mother and married brother in a typical Kandahari household. Men made the decisions and women remained at home. Men did not look favorably on a young girl such as Muzlifa attending school, despite her badly wanting to learn. Her mother’s options for income generation remained limited as well because she was restricted to the household. Yet Gulsika, a master tailor, persisted and asked a neighbor to introduce her to Kandahar Treasure. She heard it was a place where only women worked. Gulsika says, “My need taught me how to tailor. Making my children’s clothes had been my greatest need, so I learned by myself. I haven’t been to class or training.”

Slowly, the family accepted Gulsika’s working outside the household and welcomed her income. However, problems arose when Gulsika took Muzlifa with her to the workshop. Rangina was offering daughters of Kandahar Treasure staff a chance to apprentice with the organization, and Gulsika felt this offered her daughter a valuable opportunity. Gulsika initially told her brother and mother what she was doing, and they did not offer objections. However, after only four days, their feelings changed, and Gulsika’s mother threw the family of four out of the house. The mother expressed fear that with two women leaving the house each morning and returning in the afternoon, extremists might shoot the man of the house, her son, for allowing such behaviors. The mother’s ultimatum, “Stay here and do not work, or get out.”

Reflecting on the demand, Gulsika recalled that each day when she returned home, she found Muzlifa exhausted and begging to lie down. Only then did she realize that her ten-year-old daughter was carrying water from a neighborhood well several times a day, cooking, cleaning, washing, and taking care of the other children. The mother and sister-in-law were losing their household drudge with Muzlifa’s working at Kandahar Treasure. To further compound the hostility, Gulsika courageously demanded that if she was forced to leave, she should receive her share of the house her father had built. Mullahs and community elders gathered to discuss the appropriate compensation.

Gulsika describes the share they granted her as equal to the “width of a door.” Angered by the decision, Gulsika packed her suitcases and fled with her children.

Gulsika found a one-bedroom rental house and hasn’t looked back, “We are happy. I don’t have to listen to anyone’s complaints or bickering. I never dreamed I would be on my own with all my children, ages twelve, thirteen, and fifteen, attending school.”

At work, Muzlifa values the opportunity to develop prototypes with her exquisite stitching and creative designs, “It’s much more enjoyable than repeating the same design over.” Carefully observing her mother when she was a young girl has paid off, despite her mother’s early reluctance to teach her. “I used to pay very close attention

As Gulsika, Muzlifa, Rangina, and I sat talking, Rangina shared that she and other women with similar educational backgrounds encourage and mentor young girls to attend school. However, culturally it is really not their place, as outsiders to the girls’ families, to do so. In counseling the girls, Rangina warns, “In the process of getting yourself educated, don’t do other smaller things that will attract negative attention. Be careful in the other choices you make. You’ve already made a big one.”  Rangina discourages dressing in a way to look different than people around them, behaving in ways that do not fit in with the masses, or trying to choose their own husbands and running away. She says, “The girls have broken one boundary in going to school, but we are promoting that they stay within other cultural norms.”

Turning back to our discussion of Muzlifa’s schooling, she reported that she did very well in her first year of school—the third grade. When I congratulated her, Muzlifa shyly thanked me for being happy about her studies—perhaps a response that she rarely receives outside Kandahar Treasure and her immediate family. Looking to the future, Muzlifa wants to be a teacher. “What I know, I want to teach others.” Gulsika smiled, “I’ll be happy with whatever she is happy doing.” 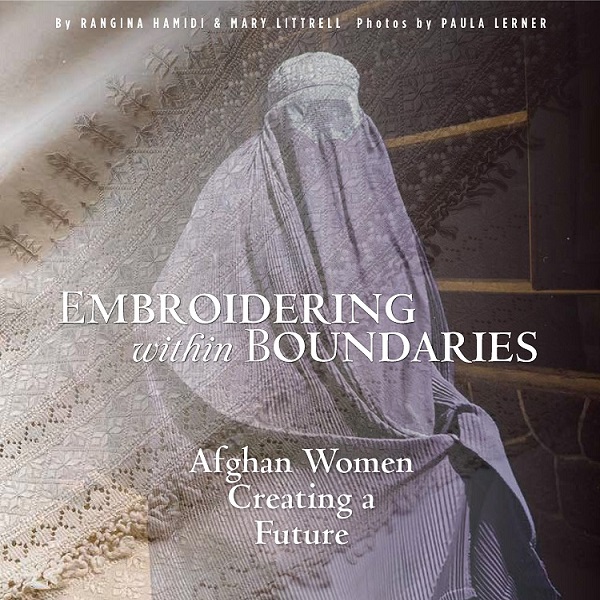 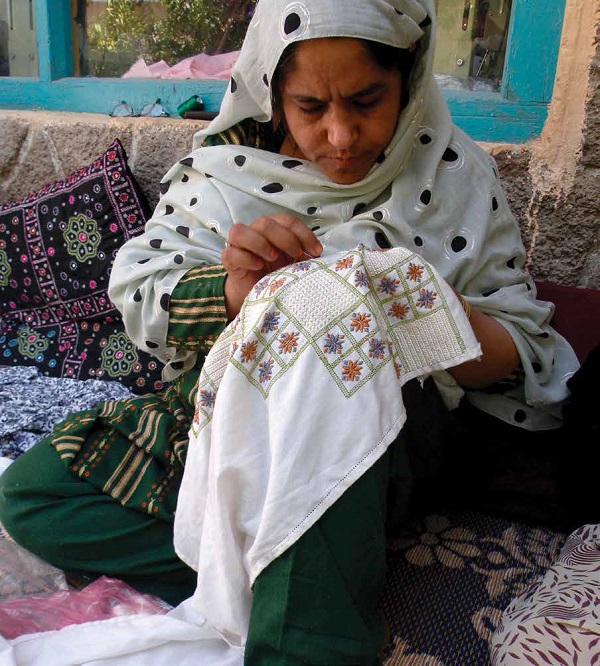 One thought on “Embroidering the Future in Afghanistan”